What to do if you have 7 days, 3 US States, and a distance of minimum 1.200 miles to drive from San Francisco to the Canadian border along the 101?

You have to make serious travel plans.

We decided on the most impressive bridges, the loveliest wineries, the tallest trees, the deepest caves, the coolest 80’s movie locations, and the best bed&breakfast experiences you can have by consulting TripAdvisor.

But let me start from the beginning – in “Fast Food Tourism”-style, I’ll stick to the highlights:

Our trip started in San Fran, where I had been 9 years ago on another short trip, and I didn’t quite remember that most of the over-hyped tourist spots were rather underwhelming and that other smaller spots were totally overwhelming! But I guess that’s life. 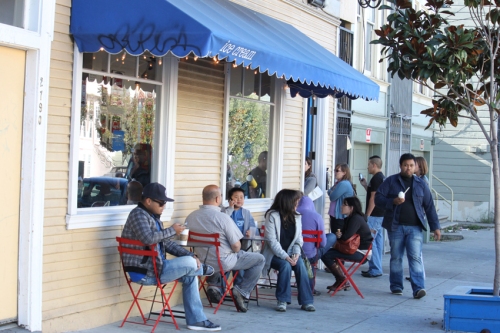 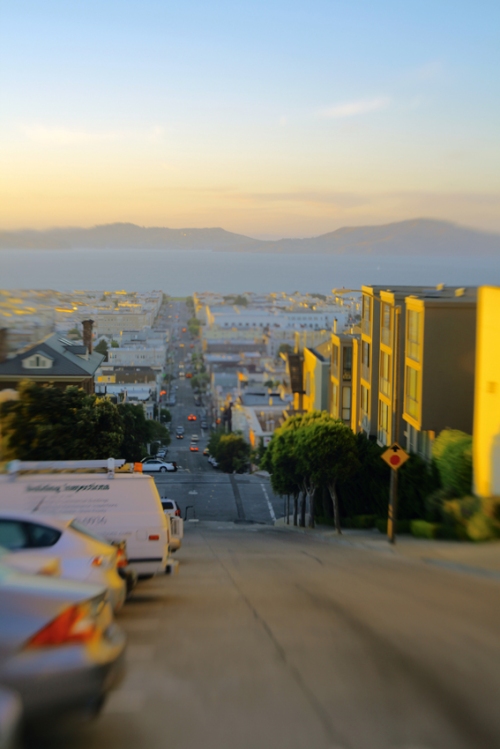 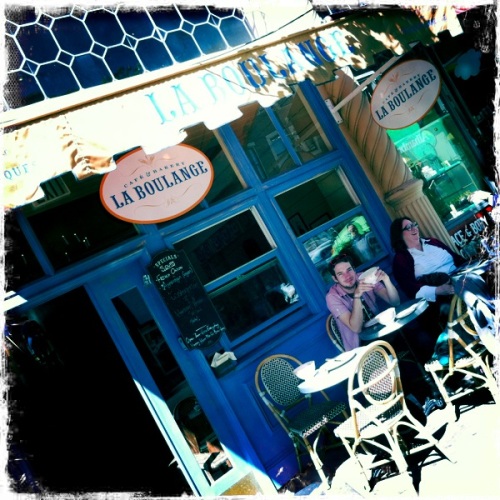 What was not so great? 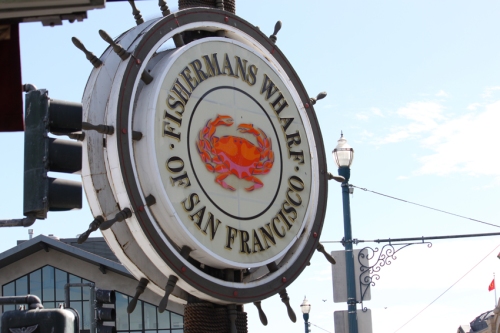 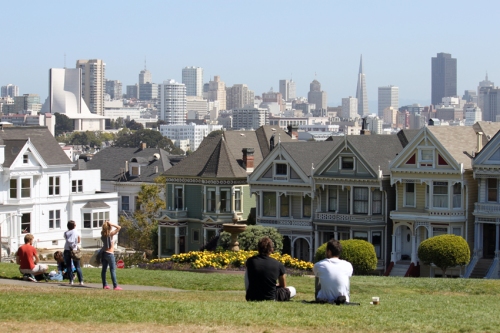 And the craziest part is that we only had 3 days plus jetlag for the above.

After the “slow” start in San Francisco, the first bit of our actual road trip was really less than an hour of driving – to the famous Napa Valley, which we had heard so much about. I was very excited about this part as I’m a big wine fan. However, we got there quite unprepared. So we just stopped at the coolest looking winery: Chimney Rock Winery “Chimney Rock” – a reproduction of a South African winery in Stellenbosh.

We then used Google to find the most recommended and best wineries, e.g. “Pine Ridge Winery”. We bugged the sommelier there to get insights where to go next and what might be the strategically best spot to stay the night. He recommended Yountville, a peaceful, cosy and very small town in the Valley, where the world seems to spin a lot slower. At our Bed & Breakfast “The Lavender” (http://www.lavendernapa.com) – kindly recommended by the Yountville tourist office – we met Marianna. The 60-something and “Monday to Friday afternoon lady” (her own words), will forever stay in our memory. She was just a crazy old bat, who came from England 46 years ago and never left. She kinda likes it here, she said. We understood why. So if you are ever in Napa Valley, Lavender is the place to stay. Be sure that Marianna will welcome you with cheese, wine and refreshments before you even unpack your bags. 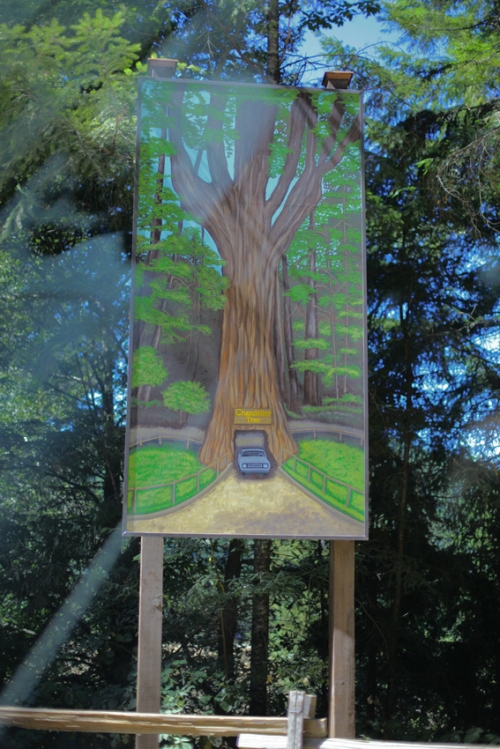 Our time in the “Wine Valley” was very limited, as some huge trees in the Redwood Forest (about 200 miles to the north) were calling our names. TripAdvisor and the numerous web pages we consulted beforehand didn’t lie. Those trees were truly massive and we had to stop the car at almost each and every one of those huge creatures while driving along the “Avenue of the Giants”. We even drove through one! 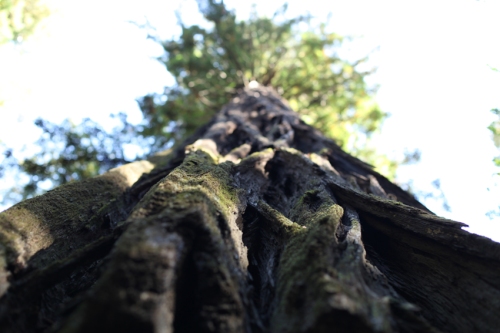 If you ever go to the Redwoods, you need to know that accommodation and hotels are limited in that area. So we decided to do it the real road tripping way and stay in a MOTEL – we chose the “Motel Trees”. (Mostly because of the name) It was seriously in the middle of nowhere on the 101 and a bit creepy at night. The only really memorable thing was a big tourist trap in front of it: Paul Bunyan and his massive Blue Ox…

Speaking about tourist traps, there are quite a few along the Pacific Coast, like the world’s biggest Chimney Tree, America’s biggest Hobbit Village, The Trees of Wonder, and the Home of Big Foot. America likes to be the biggest and the only. It’s sweet.

Leaving the massive trees behind, the scenery even got more impressive: beautiful lonely black beaches with gigantic monoliths, huge sea caves with seals (also apparently the biggest in America) and lonely little coastal towns with pretty houses like in Eureka.

As always we chose our next B&B while driving by consulting TripAdvisor. For Depoe Bay, our next stop along the road and apparently the “Whale Watching Capital of Oregon”, we got a very promising recommendation. A place called “Pana-See-Ah” (http://www.panaseah.com)

It’s owner Bob got 100 percent positive ratings and the comments by the people on TripAdvisor were almost too good to believe. This night was one of the most memorable of the whole trip. We arrived and were welcomed by cookies, tea, wine and the beautiful room (including a jacuzzi) next to a huge window facing the ocean. We decided to walk along the beach with a glass of wine and then watched the sunset in the hot tub. We left the window open all night and listened to the waves…just amazing.

The next morning, we were woken up by delicious smells from the kitchen downstairs, where Bob was preparing his much promised, extra special, homemade breakfast. It was really delicious, but we had to sit with all the other B&B guests, which lead to some strange and awkward conversations about illegal immigrants or which crops grow well in Oregon…  😦

Another disappointment was that Bob didn’t really help us with the whale watching as he had promised. The one he organised for us was quite late in the afternoon and got cancelled in the end. However, we managed to bargain for an earlier one on the docks! So a few hours later, we found ourselves on the front of a very small boat with only two other people jumping over high waves until we spotted a grey whale, which came really close to our boat and showed us his massiveness. Unfortunately, he was not in the mood for any tricks and just kept diving and swimming along.

The biggest highlight before continuing our journey towards Vancouver, Canada, was Astoria – home of “The Goonies” movie.

Astoria was also the moment, that I realized I was travelling with a “Goonies Geek” And this meant we had to visit all the famous movie places: The house, the Prison, and Cannon Beach twice, even though it was actually 30 miles outside of the city itself, not like in the movie.

We spent the night in a B&B called “Rose’s River Inn”, another TripAdvisor suggestion. Although this place was not the most modern one, it was on the oldest street in town, with the prettiest old American houses and just added to the whole “it’s like in a MOVIE feeling”. It was also near to all the bars, breweries and restaurants. There we ate in an awesome seafood restaurant called  “Clement’s” (http://www.clementesrestaurant.com) – the best seafood I had on the whole trip!

On our way home we stopped at “Fort George Brewers” a microbrew pub and tried some of their new and unique handcrafted beers, which Oregon is famous for. If you ever end up there, don’t drink the bitter kind. We have learned our lesson.

After a delicious breakfast at Rose’s, we continued our journey towards Canada…which is quite a long drive from Astoria and felt like “Jail”! We might not do this trip all at once next time…but oh well. You live and learn. 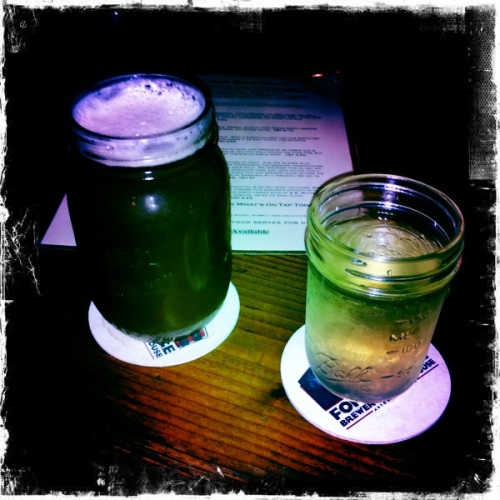