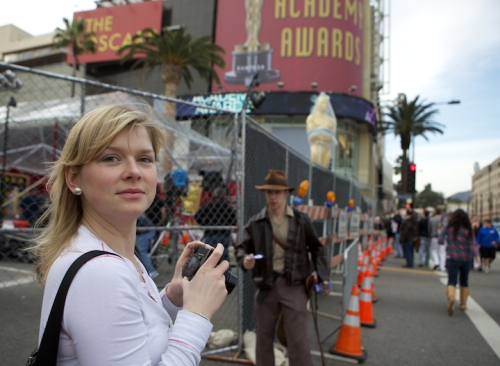 Yesterday, just after I had arrived at my hotel, I went outside to see the Oscar® Red Carpet preparations…with the Leica in my hands of course

…when Damian, a Hollywood photographer for Associated Press, started talking to me because it was the first time that he saw a ‘real’ M9, he said.

It might have also been, that he just saw I urgently needed some expert help. 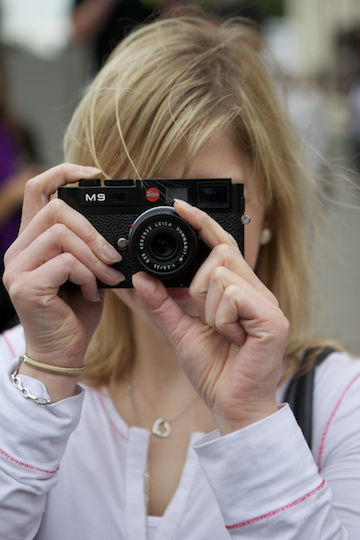 Thanks to him, I might be prepared for the red carpet soap opera tomorrow.

Damian told me, that without Leica, he would have never become a Hollywood photographer: 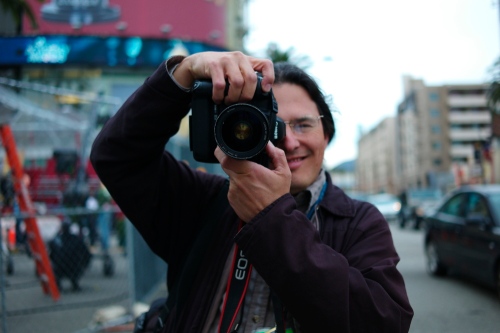 It was 25 years ago – 1985 – after a devastating earthquake hit Mexico City and where he wanted to help the injured and homeless people, but the government would not let him, so he ‘borrowed’ the old Leica from his grandpa and started documenting the whole scenery….He still got his analogue Leica at home as well as probably some of the last rolls of Kodachrome, he says.

Here are some photos of Damian and me during our lesson.