Last Wednesday I had an agency meeting near Liverpool Street Station. The area is called Spitalfields I believe. 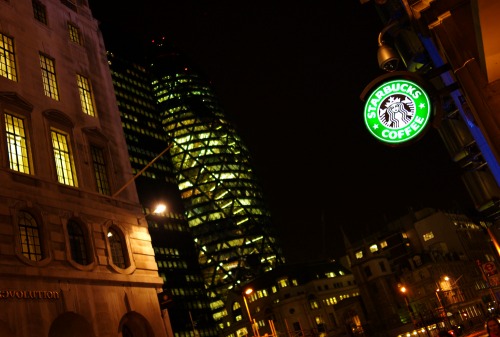 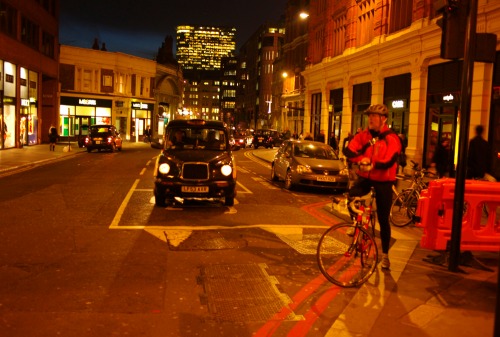 Even though I wanted to walk towards Old Street Station – due to my bad orientation I found myself near Bank pretty soon…wondering why the buildings got so high. 😉
But so I ended up at the very pretty Leadenhall Market where colonies of bankers, merchants, factors, and brokers were hanging out, drinking their St. Paddy’s Day after work pint…
(For the film fans of you: apparently Hollywood noticed the charms of Leadenhall in 2001 when it is used as Diagon Alley in Harry Potter and the Philosopher’s Stone.) 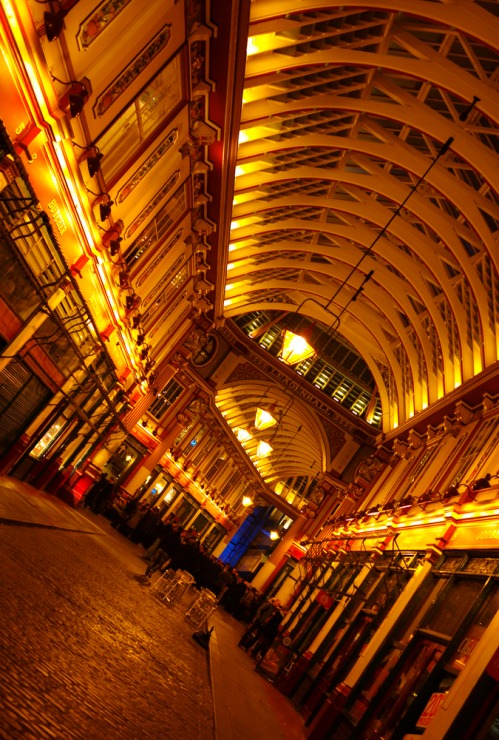 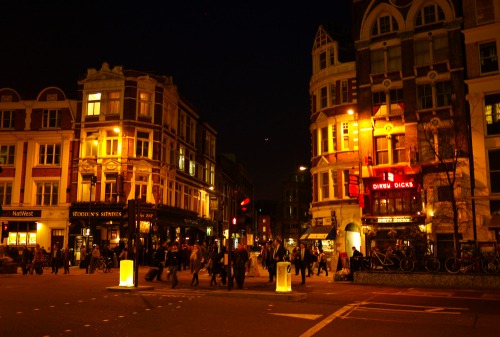 – With temperatures above ten degrees and on rainless days (rarely but it happens) the pubs have their tables outside on the pavements so everyone is standing in the streets with their beer and wine – I like!
– In Shoreditch I even found something like ‘Beer Gardens’ which I definitely have to visit again soon – Wonderful!
– Many people are wearing green hats (o.k. it was St. Patrick’s Day :)) – Funny!